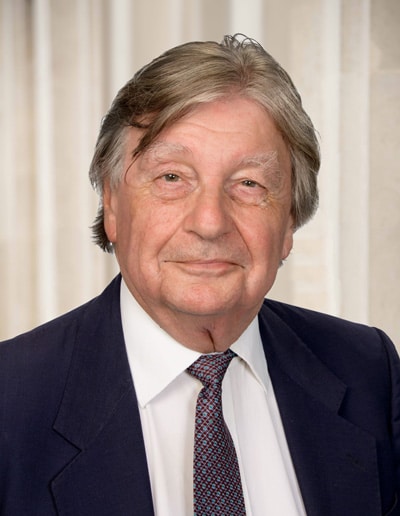 Antonio Bueno’s principal areas of practice, in which he is widely experienced, are in the fields of domestic and international banking (guarantees, cheques and negotiable instruments, banker/customer relationships, letters of credit, performance bonds etc.), and of general commercial law, with particular emphasis on international trade, finance (including hire purchase and commercial leasing), contract disputes. insolvency and commercial fraud (including pre-emptive remedies, asset tracing and restitutionary claims).His practice is broadly based and he has also acted on a wide variety of other matters, including professional negligence, company winding-up and receivership, the issue of letters of request/overseas confidentiality laws and, most recently, asbestos-related industrial injury (acting for British Shipbuilders). He has represented, and acted against, many major UK and overseas banks, and commercial institutions.

Whilst his principal place of practice is in England he has worked extensively in other jurisdictions, including the Cayman Islands, Turks and Caicos Islands, Bahamas, Spain, Gibraltar, Tonga, Hong Kong, Singapore, USA, Sri Lanka, Channel Islands, Ireland and Australia. He has been admitted to local Bars in several of these jurisdictions, either permanently or for particular matters. He has been specially admitted on many occasions in the Cayman Islands for particular matters

In commercial arbitration, his experience, as an arbitrator and as an advocate, has included banking, general commercial and construction disputes. He was also a member of a Football Association arbitral tribunal concerned with a dispute between a professional footballer and his agent. He is a member of the LCIA, and is on the roster of international arbitrators of ADR Chambers.

He is currently instructed (2015) in a matter before the Supreme Court, IEGL -v- Zurich which concerns a dispute valued at approximately £10 billion to the UK insurance industry.

He is also a qualified Mediator.

He is fluent in Spanish.

The principal reported cases in which he has been involved include the following:

Turkiye Is Bankasi AS v. Bank of China [1998] 1 Lloyd`s Rep 250 (Court of Appeal. Right to call on back-to-back performance guarantee.)

Gur Corpn. v. Trust Bank of Africa Ltd and The Government of the Republic of Ciskei[1986] 2 Lloyd`s Rep 451(Locus standi of Republic of Ciskei in relation to a contract with plaintiff. Private international law.)

He has appeared in the Privy Council, in both civil and criminal matters. Various important cases in which he has acted have also been reported in the Cayman Islands Law Reports. In the Cayman Islands he has acted on a wide variety of matters, including major frauds and money laundering. The matters on which he has acted included claims for asset tracing by receivers of various companies which were connected to the liquidation of BCCI; a derivative action brought by a beneficial owner of shares as opposed to his nominee; (Svanstrom & ors v. Jonasson [1997] CILR 192); a letter of request issued by a tribunal of inquiry in Ireland; an application under confidential relationships (preservation) legislation in relation to disclosure of banking information to Irish inspectors appointed to enquire into accounts operated by a Cayman bank; and action for malicious prosecution/abuse of process of unsuccessful fraud claim.

He has lectured on performance bonds/guarantees, standby letters of credit and on other commercial topics, to legal and other professionals in Kuala Lumpur, Singapore and Lucerne.