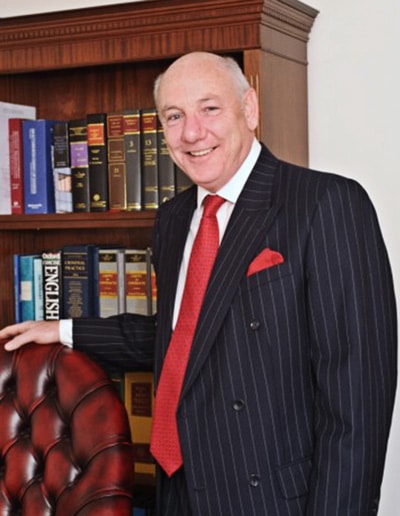 Nigel advocated on our behalf with great skill and tenacity. His excellent preparation for trial within a short period of time was remarkable. This of course led to a fantastic result for us and a very happy client!

Nigel ffitch is a senior Personal Injury specialist with a wider general civil practice who brings a wealth of experience to his caseload from his previous careers in the military and as commercial director of a limited company.

He is popular for his pragmatic, incisive and commercially minded approach which ensures the wood is not obscured by the trees when litigation becomes entrenched. His wide-ranging military background provides a unique depth of expertise and understanding in claims involving serving or retired members of the armed forces.

Nigel has been a member of the Association of Personal Injury Lawyers since 2004.

He is based in Dorset, enjoys a nationwide practice and offers in-house CPD training.

Nigel has appeared in large scale detailed assessments up to £900k for both receiving and paying parties, including the NHSLA, in the Senior Courts Costs Office (SCCO) and before costs judges across the country.

He is also interested in developing clinical negligence as an area of specialism and welcomes enquiries commensurate with his level of experience.

Prior to joining the Bar, Nigel served as a Royal Marines officer following which he became a commercial director of a company specialising in the importation, distribution and supply of a wide range of packaging machinery and consumables. Until recently he was also a serving officer in the Army Reserves in the rank of Colonel. Amongst his many military appointments, he has served as a member of the Directing Staff at the Joint Services Command and Staff College, and commanded an Infantry Battalion of some 600 volunteer soldiers and staff. During his time in command, he was responsible for the training, welfare and mobilization of over 200 soldiers for operational service in Afghanistan and Iraq,

He was awarded the Territorial Decoration in 1995 and the Queen’s Volunteer Reserves Medal in the Queen’s Birthday Honours List 2007 and was decorated by Her Majesty at an Investiture at Buckingham Palace.

Nigel’s interests include fell walking and scrambling in the mountains of Snowdonia and the Lake District.