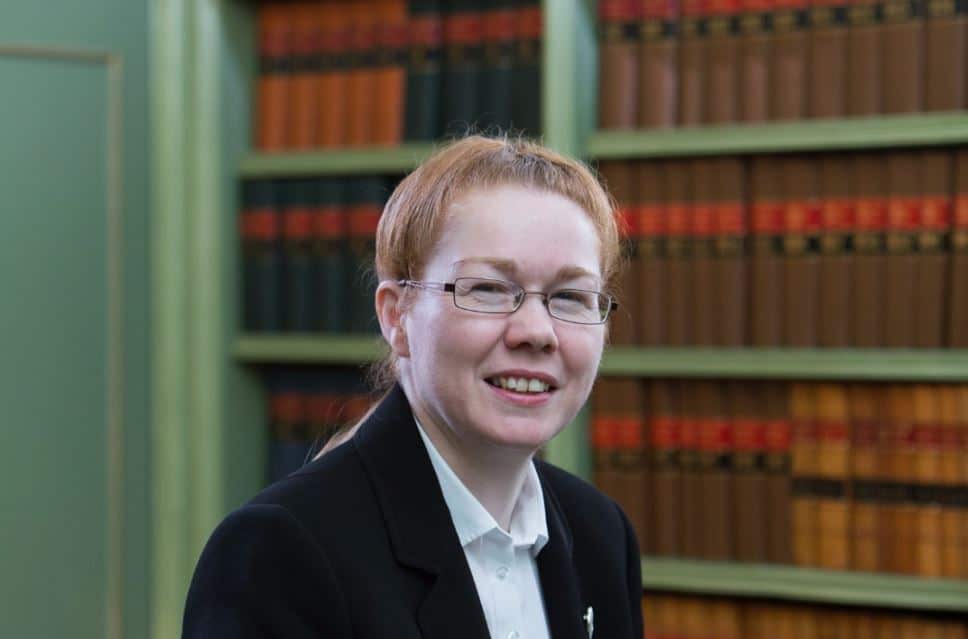 She was called to the Bar of England & Wales in 2021 and joins Normanton Chambers to further develop her specialist area of practice in International Private Law (IPL), particularly intra-UK cross-border matters, this being the field in which Kirsty obtained her PhD and in which she is known for her thought leadership in her publications and seminars with regard to matters involving:

• questions of jurisdiction
• choice of law
• recognition of judgments

Kirsty remains based in Scotland and is now available for work in England & Wales. In addition to her IPL and cross border expertise, she enjoys a varied civil practice in the following areas:

She is also regularly instructed in all aspects of Family Law with an international or cross-border element.

Kirsty is approachable and has a reputation for her hard work, her excellent judgment and problem-solving ability.

Publications:
Kirsty’s publications are in the area of international private law (and its interaction with the UK’s constitutional structure) and court procedure. In particular:
• Author of Conflict of Laws within the UK (OUP, 2007)
• Contributor to Wilkinson & Norrie, The Law Relating to Parent and Child in Scotland (3rd edn., W Green, 2013)
• Author of “’International’ Rules in an Internal Setting” in Ruiz Abou-Nigm, McCall-Smith & French (eds), Linkages and Boundaries in Private and Public International Law (Hart, 2018)
• LexisNexis Lexis PSL Public Law (online service) – provided material for Practice Notes on: ‘The Mechanics of Devolution: an overview’, ‘Structure and operation of the Scottish Parliament: overview’, ‘Structure and operation of the Welsh Assembly: overview’, ‘The process of decision making in Northern Ireland’, ‘Structure and operation of the Northern Ireland Assembly: overview’, ‘Jurisdiction in Scotland – overview’, ‘Determining jurisdiction in Scottish civil proceedings – checklist’, and ‘Factual evidence in Scottish civil litigation’
• Contributor of the `Cross-border Jurisdiction’ section in Scottish Family Law Service (looseleaf, LexisNexis, 2015 to date)
• Contributor of the ‘Court of Session’ chapter in Greens Scottish Lawyer’s Factbook (looseleaf, W Green)
• Author of ‘Families in a Family of Nations: Intra-British Islands Recognition of Adult Relationships’ 2020 Jur Rev 153
• Author of ‘Drawing Inspiration? Reconsidering the Procedural Treatment of Foreign Law’ (2006) 1 J Priv Int L 181.

Personal
Kirsty has visited all the continents of the world except Antarctica. At home, she ‘enjoys’(?) watching her favourite football team from the comfort of her armchair.