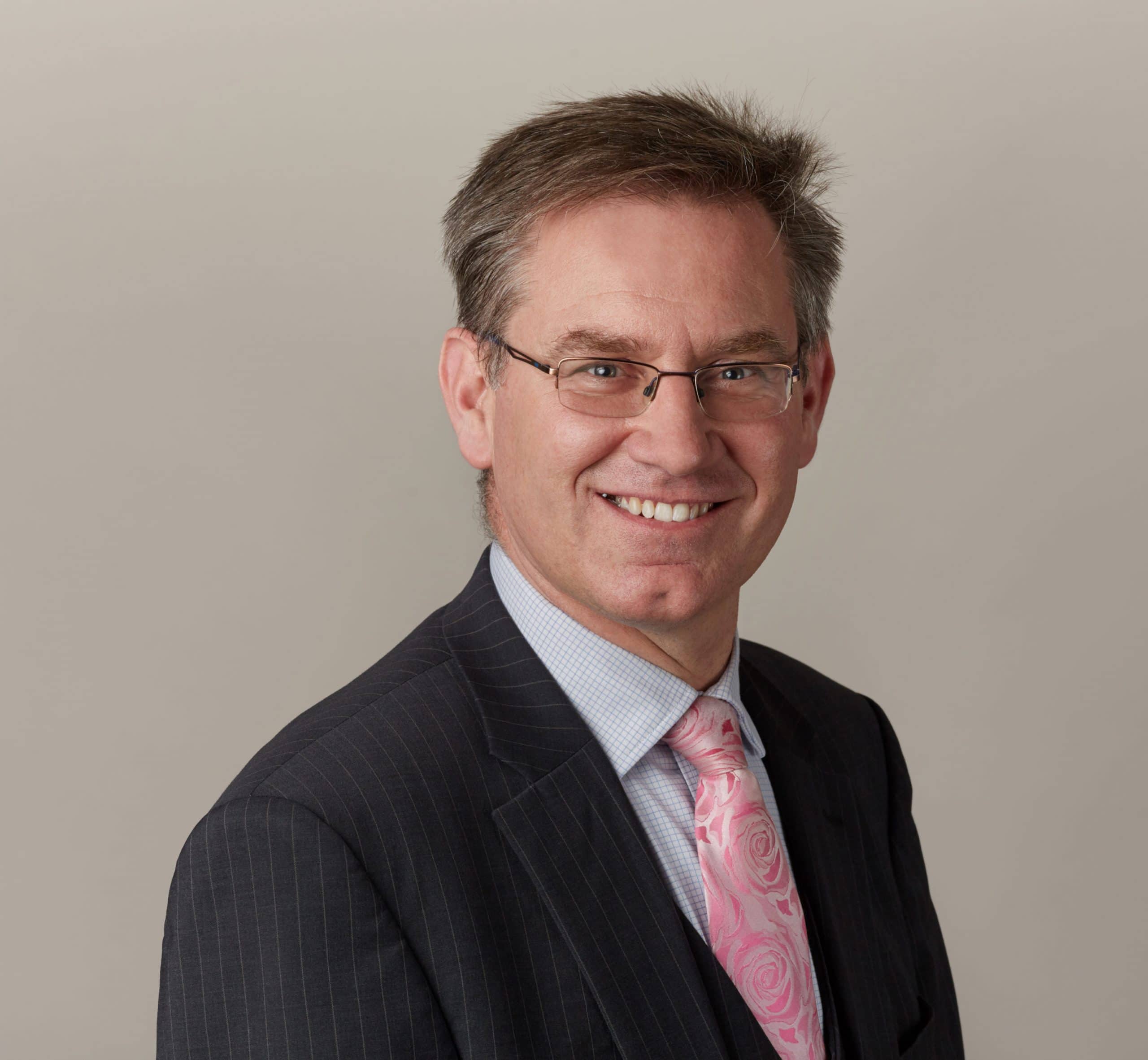 “Richard provides clear and concise advice and always seems to be able to put himself in the client’s shoes. He creates a great rapport with lay clients.” – The Legal 500 (2022)

“”He’s methodical, effective, knowledgeable of the law and pays great attention to detail.” “He is robust and good on paper.” “He’s strategic and thorough.”” – Chambers and Partners 2022

Counsel is very good with clients and builds a rapport easily. He is insightful and offers sound, logically based advice as one would expect from any barrister. However, he is pragmatic and open to other points of view and will respond to challenges to his opinions positively. in this way it is always a team effort.”
– The Legal 500 (2021)

“A very bright and capable barrister who provides sensible advice in a wide range of PI and clinical negligence cases. Approachable and provides an excellent service in a friendly manner.” – The Legal 500 (2021)

“He takes a very thorough and methodical approach. He’s been doing this work for quite a while and is highly regarded in the area.” “A really tough opponent who is cunning and very capable.” – Chambers and Partners (2021)

Richard Paige’s background is in all areas of civil law, but he now specialises in clinical negligence, personal injury and civil insurance fraud.

During his MA course, Richard became familiar with many of the issues arising in medical law and has been instructed in cases against NHS trust hospitals, health authorities, prison hospitals, and doctors, dentists and nurses in private practice. He has particular interest in issues relating to consent to treatment.

Richard regularly advises from the very inception of a claim through to trial and has experience drafting all statements of case and comprehensive schedules and counter-schedules of loss. As well as drafting, advisory and court work he frequently attends joint settlement meetings and mediations. He conducts conferences with experts to test the strength of their evidence.

He has dealt with a variety of claims including delayed diagnosis and misdiagnosis, failure to obtain informed consent, negligently performed surgery and negligently conducted joint replacements. He also undertakes inquests in relation to hospital deaths, or other deaths in which clinical negligence is suspected

Richard is experienced in conducting joint settlement meetings (JSMs), round table meetings (RTMs) and mediations on behalf of clients. He is an Associate of the Chartered Institute of Arbitrators (CIArb).

As well as clinical negligence and civil fraud, Richard also accepts instructions in ‘standard’ personal injury claims on behalf of both Claimants and Defendants.

He undertakes Fast Track and multi-track personal-injury cases involving accidents at work, highway accidents, road traffic accidents, civil-abuse claims and industrial-disease cases (including asbestos related diseases, HAVS and NIHL). He is experienced in advising at all stages of proceedings on liability, causation, evidence and quantum, as well as drafting statements of case. He has significant experience on behalf of both Claimants and Defendants in cases involving chronic pain, CRPS (complex regional pain syndrome), fibromyalgia, other pain disorders and somatoform disorder where exaggeration and/or fraud are alleged.

An online calculator developed by Richard to ease calculations of inflation for personal injury awards was adopted by Lawtel and now features on their website.

Richard accepts instructions in all areas of professional negligence but primarily in relation to the negligent handling of personal injury and clinical negligence claims by solicitors and expert witnesses.

Richard is instructed by most of the country’s leading firms specialising in civil insurance fraud and many of the UK’s insurance companies.

Richard has extensive experience in all areas of civil fraud including employer’s liability and public liability, but mainly in relation to road traffic accidents. He has been instructed on numerous occasions in cases involving fabricated, staged and induced (‘slam-on’) accidents, bogus passengers and phantom witnesses, low-velocity impacts (LVIs), and exaggerated personal injury and damage claims.

He has expertise in dealing with individual frauds, group and family frauds, and wider criminally organised fraud rings.

Recently Richard has been instructed as lead Counsel acting on behalf of a number of different insurance companies defending claims in which allegations of psychological injury are made by all claimants that instruct a particular firm of solicitors. Richard has successfully defended all cases which have gone to trial and resisted numerous interim applications made on behalf of the Claimants. He has secured adverse judicial findings against the psychiatrist that has lent support to the claims.

Richard also sits as a Recorder in all areas of civil law, including many cases in which fraud is alleged.

Richard has also been at the forefront of defending holiday sickness claims. He has provided training to firms and holiday companies to assist in identifying fraudulent claims and strategies to improve success rates. He regularly advises and represents many of the larger holiday companies.

Richard is able to advise at the pre-proceedings stage and to conduct conferences with clients and witnesses to test the strength of their evidence in cases where credibility is crucial. He uses his extensive forensic skills when preparing and drafting the detailed defences essential in civil fraud cases, as well as appropriate part 18 requests and applications for specific disclosure. He deals with all interlocutory applications which might arise in civil fraud cases, and has defended many cases at trial both on the Fast Track and multi-track.

Following the introduction of qualified one-way costs shifting (QOCS), Richard has advised and represented clients in many cases where a finding of Fundamental Dishonesty has been sought.

Richard also lectures and presents seminars on all areas of law relating to civil insurance fraud.

Using his experience and expertise in medical law, Richard has represented the interests of many families at inquests where their loved ones have died whilst in the care of health professionals and at hospital.

Richard has also regularly been instructed to attend inquests by quasi-government organisations and companies with government contracts where the deceased has died whilst in custody.

Tying in with his practice in personal injury, Richard has been instructed on behalf of both families and insurance companies at inquests arising from fatal road traffic accidents.

Richard Paige graduated from Oxford University in Physiological Sciences before completing a master’s in Medical Law and Ethics. He represents all healthcare professionals (doctors, nurses, midwives, pharmacists, dentists, physiotherapists) at disciplinary tribunals where their conduct is scrutinised and their right to continue practice is at issue.

Richard acts on behalf of Claimants in claims against local authorities arising from Court of Protection work often involving children and their families, such as unlawful deprivation of liberty and claims under the Human Rights Act.

Richard obtained his Blue in athletics whilst at Oxford University and had a successful career competing for one of the leading athletics club in the country before hanging up his spikes. He continues to have a keen interest in athletics and many other sports including rugby, cricket, rowing, squash and croquet. He now undertakes cases in all areas of sports law.

Richard was called to the Bar in 1997 and appointed a Recorder (Civil) in 2019. He is able to undertake early neutral evaluations (ENE) and mediations in all areas of Civil law, particularly personal injury and clinical negligence. He is a former contributor to Butterworth’s Personal Injury Litigation Service and is ranked in the top tier of the Legal 500 directory and also Chambers and Partners. He has an interest in developing ODR (online dispute resolution).

Cross v Black Bull – Following the issuing of a claim on the cusp of limitation with an artificially reduced statement of value and court fee, Richard advised the Defendant to apply to strike out the claim as an abuse of process. The application was successful.

Ennis v Tuson – Issues relating to the nature of “admissions” made within a counter-schedule of loss and the extent to which a Defendant was bound by them.

Paul v Connell – Case in which the Claimant had no recollection of the accident and relied upon expert reconstruction evidence, which contradicted the lay evidence of a number of witnesses. Richard advised the Defendant to apply for summary judgment, resulting in the Claimant discontinuing her claim.

Richard may accept Public Access work, where he can be instructed directly by a member of the public rather than a solicitor.